I was recently asked by a colleague and friend that has been following my writings to devote a posting to the topic of Homeland Security, and the applications of the Zentropist approach towards law enforcement, counter-terrorism and private sector security consulting operations. This is actually a subject close to the heart, in part due to both past and current personal and professional associations that I keep, my undergraduate studies (my 2-part graduate level thesis was sadly somewhat prescient regarding today’s global political environment, developed during the autumn of 1991 and spring of 1992 with a focus on domestic counter-terrorism for Part I and counter-insurgency operations for Part II), as well as a close family member that works as a special agent for a federal agency that shall go nameless for now. 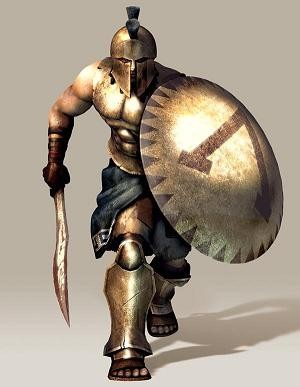 Needless to say, I firmly believe that the Seven Primary Attributes that are fundamental to the Tao of the Zentropist have direct bearing on the ability of a civilian (including sworn law enforcement personnel, who in my opinion should NOT be separated out from this grouping) or military operative/agent/officer to improve the skills necessary to effectively predict, identify, and disrupt potential terror operations.  If one thing is abundantly clear, the shocking (at least in the eyes of most Americans) events of September 11, 2001 were caused by not only a colossal failure of intelligence-gathering and information sharing among a myriad of often competing and dangerously bureaucratic civilian and military governmental agencies, but also by an inexcusable failure of imagination. Quite simply, folks that should have known better simply could not fathom the unconventional means that could be employed to sow terror and strike at the “soft underbelly” of a target, namely the United States, which in the case of the fundamental and malignant interpretations of Islam existing in certain Sunni and Shi’ite traditions, is the very manifestation of corruption and decadence.

One of the most important constructs of the Zentropist approach to life, whether as a tool used in the pursuit of one’s occupation or as a guide to self-improvement and mastery, is an appreciation for unconventional thought and the necessity of not becoming beholden to rigid interpretations of data, as well as a marked aversion to bureaucratic “group-think” and “passing the buck,” which sadly, seem to be the hallmarks of far too many institutions. Those who work in the security consulting / “personal protection” field understand that the moment one has to draw a weapon to protect a client (arguably one of the last lines of defense), there has already been a certain amount of  “failure” in the system; because if proper planning, including threat assessment and analysis and the resultant preventative measures, was performed prior to the assailant(s) breaching the “inner ring” of the protection circle, then the best efforts to circumvent the undesired action were obviously flawed.

As those who follow such things now know, the 9-11 hijackers could have been disrupted at several junctures in their ramp-up to operational status had the right people been able to put the pieces together. Occam’s Razor, which states that, “All other things being equal, the simplest explanation tends to be the correct one,” is a very useful axiom to keep in mind. It is absolutely mind-boggling, for example, that a flight school would not find it odd that students were interested in learning how to take off and fly commercial aircraft, but had little interest in landing. I’ve been around aviation long enough to hear pilots (at least those that intend to live to fly another day) remark that, “Take-off is optional but landing is mandatory.”

As much as I personally find the expression, “thinking outside of the box” to be repeated ad nauseam by those that don’t grasp its implications so as to begin to lose any meaning, it is important to acknowledge that we must never let our preconceived notions, cultural biases or ignorance and underestimation of the commitments of others deter us from seeing through their eyes so we might better understand likely behavioral patterns. We must never become so blind to the fact that when our antenna is clearly telling us that the other party is doing “X,” we fail to address this threat because in our worldview, “X” is unfathomable and therefore, we falsely conclude that the other party is surely doing “Y.”

While Sherlock Holmes is a fictional character (to our great loss, in my opinion), his creator, Sir Arthur Conan Doyle, was a keen observer that made Holmes’ deductive reasoning and ability to read his environment based on subtle clues feel so real as to border on the preternatural. Yet these skills, and more important, the attitude and discipline necessary to develop them, are well within the realm of the possible and align quite fittingly with the capabilities of the Zentropist. As the fictional Holmes commented to his fictional friend/companion/biographer John Watson, “When you have eliminated the impossible, whatever remains, however improbable, must be the truth.”

One of the challenges of the Zentropist is deciding where the line of “impossible” begins and accepting that even the “improbable” must be given credence when all available evidence points in that direction.

You don’t build a hypothesis, much less a theory, by manipulating the “facts” (which includes errors of omission) or observable phenomena to fit your conclusions; you must collect, parse and analyze all available data and then seek to deduce patterns which explain that which you’re witnessing.

This is made all the more important, with the stakes dangerously high, when it comes to maintaining the security for human life, whether individual or collective.  Because when you play on the “defensive,” you need to be right 100 percent of the time, while the “offense” potentially only needs to be right once…

In a future posting, if there’s sufficient interest, we can delve into Zentropism’s applications in asymmetrical warfare, a.k.a. counter-insurgency operations or low-intensity conflict, which are often related to but distinct from counter-terror operations…