The New York Times recently published an article entitled, “American Dream is Elusive for New Generation” which garnered 60 pages worth of comments, the vast majority of which were hostile, tinged with class envy or hints of the author’s own unrealized or otherwise unfulfilled dreams, and largely symptomatic of the direction that our society is headed.

Scott Nicholson, the hapless subject of the piece, is a 24 year-old college graduate, whose expectations that his undergraduate degree from Colgate and “family connections” from a privileged upper-class Northeastern background (which have apparently failed to materialize into much thus far) would enable him to waltz into a high-paying executive-level “career-track” position despite an apparent lack of work history have been brutally dashed. Whether he realized it or not (although it’s hard to believe the journalist and editors did not realize the ensuing maelstrom that would result), his self-absorbed, self-pitying statements and the attitudes expressed by his well-meaning but equally naïve family only served to paint him as the poster child for unrealistic expectations coupled with massively overinflated ego and sense of self-worth, notions of class privilege, and a disconnection with the harsh realities of the massive global recession.

And I’m willing to bet, he and his family are hardly alone in this.

FORMAL EDUCATION PROVIDES OPPORTUNITIES – IF YOU LEVERAGE THEM

Perhaps one of the harder lessons for people to learn is that while formal education certainly has value and can open doors, not all education is equal nor does education automatically translate into a lucrative and stable long-term career. As many of the respondents observed, certain undergraduate majors tend to be more “marketable” than others, although those that believe that an undergraduate math, science, engineering or business/accounting degree will guarantee employment are also deceiving themselves.

Quite frankly, many of us in hiring positions have encountered prospective employees with BA or BS degrees that are inarticulate, lack demonstrable critical reasoning skills, or are incapable of clearly expressing themselves in written communication. I found it ironic that while some respondents were quick to denigrate “liberal arts” degrees (poor Scott majored in Political Science, which in the interest of full disclosure was part of my own major, and history), such degrees can and should teach valuable critical thinking and analytical skills, reading comprehension, as well as the ability to communicate clearly in both verbal and written forms. Given the fact that some of Scott’s most vocal critics misstated information provided in the article or simply made assumptions that the reported “facts” did not necessarily support, these skills are clearly lacking in more mature adults as well.

WHAT A FOUR-YEAR DEGREE ACTUALLY TEACHES

Many people seem to believe that 4-year institutions are in the business of teaching technical skills and/or trades – well this is simply not the case. Given the pace at which technology evolves, at best college is a time to absorb and hone skills which may be useful and applicable right now, but could very well be obsolete (or otherwise in lesser demand) just a few years down the road. However, what education ideally should teach is the necessity of maintain a lifelong interest in learning, whether this is self-directed, obtained from an accredited institution, or simply obtained via on-the-job training from an organization or mentor. There is little doubt that given the proliferation of colleges and universities, not to mention online degree programs, that the value and worth of a BA/BS degree in general is in decline, that standards do not necessarily measure up in many schools to what was expected a few decades ago, and that increasingly, obtaining post-graduate education is a necessity to either fulfill a checkbox on the HR forms of corporations hiring for better-paying positions or to gain experience and credentials to support their own entrepreneurial ventures.

Meanwhile many skilled “blue collar” workers (e.g. trade jobs such as plumbing, electricians, etc.), if they are skilled at running a business and able to compete in their given location, are able to carve out more solid and stable careers than those that aspire to “white collar” work. These services are also, for the moment, less susceptible to off-shoring practices, although they too are dependent upon having a customer base that can afford their fees. Such a realization hopefully validates the notion that all honest labor is admirable and beneficial, and that there is no shame in earning a living by getting one’s hands dirty, as opposed to pecking at a computer keyboard, shuffling paper or providing “knowledge” to other people.

LIES OUR ELDERS (AND SOCIETY) TOLD US 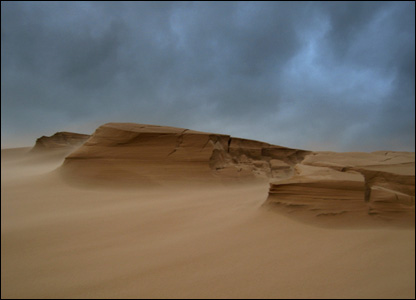 Here’s a news flash. Every generation lies to some extent to the one following it. That’s just the nature of human behavior. Some of these lies are well-intentioned ones, or lies of ignorance or omission. While age may bring wisdom, young fools / charlatans / malingerers sometimes age into older fools / charlatans / malingerers as well, if they don’t accumulate wisdom, maturity and humility along the way.

Perhaps Scott Nicholson and those of his ilk are an extreme example of the narcissism and lack of self-awareness that can arise when well-meaning parents insulate their children from the realities of the world until adulthood, never teaching them the value of money, or to realize how privileged they are relative to so many others. I understand – a lot of people have “played by the rules,” getting an education (and in many cases incurring significant debt to do so), working hard, not causing trouble for others, only to realize how the financial system is gamed by some to enrich themselves obscenely, which in many cases (although not always), leaves others squabbling over diminishing pieces of the pie.

Of course, it should not be overlooked that many people, in creating wealth for themselves (often by taking significant risk, such as starting and operating their own businesses), help build wealth for others by creating jobs, providing valuable services or products, or creating even more opportunities for other businesses to address.

But let’s get this straight. The world owes none of us anything. Life is hard for everyone – relatively speaking, of course. Some face financial challenges, some emotional, some physical and some psychological (or a combination thereof), and sometimes these challenges are setbacks which we overcome through persistence, dogged determination and an unwillingness to quit, while others are of a more permanent and lasting nature. But keep this in mind – the only time we fail completely is when we stop trying, and we will all taste disappointment in life, but it is up to us to imbue it with meaning.

In closing, I’d also like to observe that while it’s easy to take potshots at what we perceive as entitlement thinking, many of us are loath to admit to our own. Planning on collecting on Social Security? How about Medicare? Senior citizen discounts? Do you actually pay federal income taxes or are you one of the millions of Americans that don’t qualify under the current system. As of 2007, the top 10 percent income bracket (essentially those with an AGI of $113K plus) paid more than 71 percent of all federal income tax collected. Now I realize that most Americans consider an income above $100K to be pretty extraordinary, but depending on where one lives, it may be less extravagant than you might think (e.g. many people forget that surgeons, most of whom do NOT earn more than six figures and require education and training that delays such rewards until age 30 or so, pay six-figure malpractice premiums) and the chasm between those earning even mid or high six-figure salaries and those in the seven and eight figure salary range (or above) is arguably as wide as those getting by on mid five-figures and the $100K plus club.

So while it’s clear that some commentators on this article and Scott Nicholson’s situation and attitude in general took undisguised glee in expressing their Schadenfreude, it’s also clear that many fail to understand just how dysfunctional and illusory our consumer-oriented culture has become. Sure, some Baby-Boomers have been able to make hay in the generally economically vibrant decades of the latter half of the 20th Century, but many of their cohort either failed to plan properly for their retirements (if they want to maintain their pre-retirement lifestyles) or thanks to the near financial meltdown that began taking shape late in 2007, have seen their 401-K’s plummet or are counting on pensions which may very well be underfunded and may evaporate once exposed to the light of day.

What remains to be determined is whether we as a nation will continue to delay making the necessary sacrifices and adjustments to right our ship of state and crack down on the irresponsibility, selfishness and criminal malfeasance in some quarters which has created so much hardship, or if we will surrender to an “inevitable” decline which could very well end in violent upheaval once we can no longer borrow money to forestall the massive financial, societal and natural resource intensive debts that we have collectively incurred.

Jonathan S. Ross is the founder and principal of Black Rock Consulting, a boutique management and communications consultancy based in Los Angeles offering strategic planning, project management, marketing and writing services. Feel free to call us at 310.598.6161 to schedule a confidential discussion of your needs. Initial consultations are FREE OF CHARGE and WITHOUT FURTHER OBLIGATION.